In the first half of Emma Donoghue’s meticulously psychological Room, the character of Ma is just that—she’s a mother. She’s a near-saintly, self-sacrificing angel who unfailingly thinks of everything and always knows how to make everything better. She’s also not a person in her own right, but that’s the entire point, as the story is told from her five-year-old son’s perspective. To him, she is just “Ma,” because he’s never known her to be anything else.

This stereotype of Giving Tree-esque selfless motherhood is intensified by their extraordinary circumstances. Ma is forced to live in a state of constant sacrifice in order to give Jack a semblance of a childhood, and it’s only natural that Jack can’t acknowledge her personhood outside of his own needs, because he never has to share her. With only a few exceptions, “Ma” becomes a discomfiting caricature of the societal ideal of motherhood: the woman who literally lives to take care of her son, who is devoted to him every second of every day, who never leaves him to go to work, or to spend time with her friends, or to go to the bathroom. 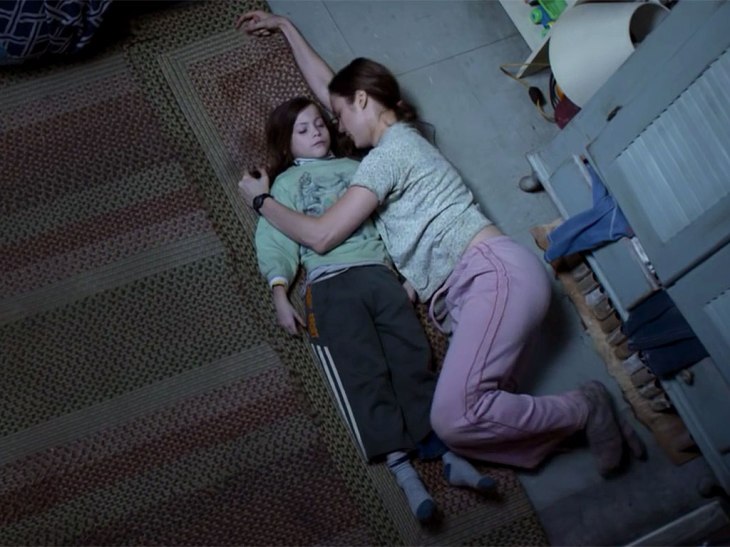 If the novel had ended when mother and son were rescued, Room would have been a relatively hollow “triumph of the human spirit” type of narrative, and a politically retrograde one at that, once again idealizing the all-important, all-conquering motherly love. But instead, the latter half showed us a similarly exaggerated view of mother and child cutting the cord, of a mother reclaiming her personhood. “Ma” finally gets a name: Joy, and in “spite” of her great love for her son, Joy can’t help but be relieved to finally be alone, have her own space, and rediscover an individual identity.

This separation is as painful and problematic as one would expect, considering how stunted the development of their relationship has been. Jack has all of the natural narcissism of a child who has been his mother’s sole raison d’etre for his entire life, and can hardly accept that Ma could have needs of her own. And Joy struggles with her dependence on Jack, or more accurately, her dependence on Jack’s complete and utter dependence on her. She had no choice but to be strong and persevere while in Room, because Jack presumably would have met a terrible fate without her. But outside of Room, she has the freedom to confront her own psychological trauma, and faces the special oppression of choice.

Although it may come off as a melodramatic device, Joy’s attempted suicide is the most logical end to her journey. She can’t quite let go of the notion that it was her responsibility to sacrifice everything to keep Jack safe, so she is unable to cope with the accusation that she should have given him away when he was born. But at the same time, her suicide attempt is the ultimate assertion of her right to make decisions for herself. Her desire to take her own life is, in itself, a twisted declaration of independence, a pronouncement that she is entitled to her own misery and pain, and that she quite literally can’t live just for her son.

But unfortunately, there’s nothing that the Oscars love more than that saccharine “triumph of the human spirit” nonsense. The film adaptation has much to recommend it: it’s devastatingly well-acted, and like the book, it steers clear of prurience and sensationalism. But in the course of its Oscarfication, the film was transformed from a defiant, challenging critique to a complacent, sometimes cloying trifle.

The first half is mostly faithful, although since the prohibitively limited perspective of the novel is lost (or at least diluted), “Ma” is necessarily more of a realized, three-dimensional person from the beginning, not least as a result of Brie Larson’s brilliant, lived-in performance. This wouldn’t be objectionable in itself, except that the second half doesn’t draw the same contrast as the novel, and therefore fails to satisfactorily challenge the banal thesis of the movie, which I roughly interpret as “a mother’s love transcends everything because it’s wonderful and magic and all that shit.” 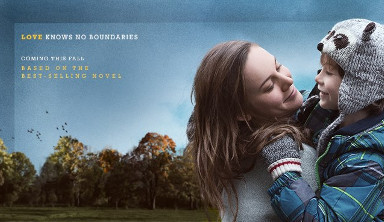 “Love knows no boundaries”?? Seriously, what is this Lifetime bullshit? This looks like the cover of a movie about cancer.

Putting aside sociopolitical themes for a moment, the psychological complexity was watered down considerably in the film. In the novel, there are no easy answers, and aside from the on-the-nose visit to Room at the end, there is no sense of closure, as there shouldn’t be. Both Ma and Jack are depicted as flawed, damaged human beings who are doing their best to claw their way back into the light after so many years in the dark. In the movie, Jack is portrayed as a wise, angelic child who somehow emerges from his ordeal more or less unscathed. His initial maladjustment is mostly signified by adorable quietude, and in seemingly no time at all he’s having Hallmark moments with his grandmother, staying strong for his suicidal mother, making friends, playing outside, and generally acting like a normal child. Because that’s what would happen after spending the first five years of life being locked in a garden shed by a sociopath.

This oversimplification does an even more egregious disservice to Joy. Although the film is sympathetic to her plight (how could you not be?), her need to declare an independent personhood is lost in translation, and her suicide attempt is treated as nothing more than a terrible mistake. Rather than challenging her Giving Tree status, the second half of the film portrays “Ma” as a defective person who is coming apart at the seams and needs to be rescued by her cherubic moppet of a son.

“You saved me,” she tells her mature, reasonable five-year-old son who sent her his Samson-esque hair in order to give her strength. “I’m sorry I haven’t been a good enough Ma,” she sobs. “But you’re Ma,” Jack replies generously, eliciting a watery smile from his poor broken mother. After everything that’s happened, she’s still just “Ma.” This is supposed to be a touching moment, but it single-handedly encapsulates the most glaring flaw of the film.

The clincher, however, comes a moment later, when the film makes a blind stab at the feminist underpinnings it has failed to establish. Jack reaches for Joy’s shirt, asking to breastfeed, and she gently demurs. While Jack’s breastfeeding was a huge point of contention in the novel, it was reduced to a brief blink-and-you-miss-it allusion in the film. Breastfeeding is the perfect symbol of Jack and Joy’s codependence, and yet the filmmakers never even established that Jack breastfed at all after they left Room. It’s possible that this was a nudity/ratings issue (fuck the MPAA, now and always), but it’s still indicative of the overall fearfulness of this adaptation. Any critique of societal ideals of motherhood was exorcised in favor of a wholly unobjectionable, generic, “inspirational” film. Considering its horrific subject matter, the fact that it goes down fairly easily alerts us to some cowardice lurking in the background.

But on the plus side, it will probably win all of the awards.