The Razzies have come under fire in recent years for being an opportunistic, publicity-hounding sham that doesn’t add anything new to the conversation, or even manage to be funny. Rather than effectively satirizing “legitimate” award shows like the Oscars, they’ve become known for taking in-poor-taste potshots at easy targets, beating each year’s dead horse until it’s really, really, really dead.

As a 2008 college graduate who entered adult life in the middle of the country’s downward spiral into recession, I found The Big Short extremely depressing. In its detailed depiction of the machinations of the collapse, it reminded me at every turn of how much misfortune and fear were suffered by regular Americans due to the greed and blindness of the self-declared “best and brightest.” And its sardonic portrayal of how the system righted itself and kept going, without any significant reform, while everyone else suffered, reminded me of the great disappointment of the bailout. Reforms were gutted, while the banks deemed “too big to fail” got rescued with almost no consequences to themselves. Meanwhile, individuals all over the country got evicted. Filed for bankruptcy. Lived in fear.

The Big Short examines a slice of this vast injustice, but from a point of view so narrowly focused that it risks celebrating the exact culture it’s critiquing. Meanwhile, The Hunger Games—seemingly so removed from such pragmatic issues as credit default swaps—presents a luminous alternative to the shortcomings of The Big Short.

Fair warning: I’m going to assume everyone has had a chance to see these movies if they’re going to, and discuss them in full beneath the cut.

END_OF_DOCUMENT_TOKEN_TO_BE_REPLACED

Previously on The 100: Ice Nation blew up Mount Weather, killing Gina and most of the Farm Station Arkers who didn’t have names. We finally met the Ice Queen, and she looked like Elsa from hell. Kane and Abby decided to give their people more power of representation by holding an election, and then decided to join the Grounders as the 13th clan without so much as checking with their people, because that makes sense. END_OF_DOCUMENT_TOKEN_TO_BE_REPLACED Previously on The Good Wife, Alicia and Lucca ran out of money and were poised to rejoin Lockhart Agos; Alicia and Jason made out after months of a sexual tension that left our recapper cold; Alicia represented an FBI agent named Roland who was trying to incriminate Judge Schakowsky for bribes, but Eli tipped off the judge for a narrow escape.

Already a sign that the latest development is going to be a positive one: I only have two subheadings for this summary, instead of the usual “each of Diane, Alicia, and Cary gets her own A-plot” shitshow.

END_OF_DOCUMENT_TOKEN_TO_BE_REPLACED

The Revenant is one of the most visually resplendent films I’ve ever seen, capturing the wilderness of the early 19th century Louisiana Purchase with an almost painful loveliness and staging its unrelenting violence with confidence and restraint. Unfortunately, beneath the flashy visuals and exemplary performances lies a boilerplate revenge story that is empty of heart, soul, and psychological insight. Cinematography aside, it plays like a particularly sophomoric superhero movie, explicitly stating its (exceedingly trite) themes left and right and eschewing any meaningful character development for the sake of a gratuitously satisfying kill shot.

(It also doesn’t help that there were no female characters of consequence. What can I say? I get bored in movies where women get raped and killed but don’t get to speak.)

END_OF_DOCUMENT_TOKEN_TO_BE_REPLACED 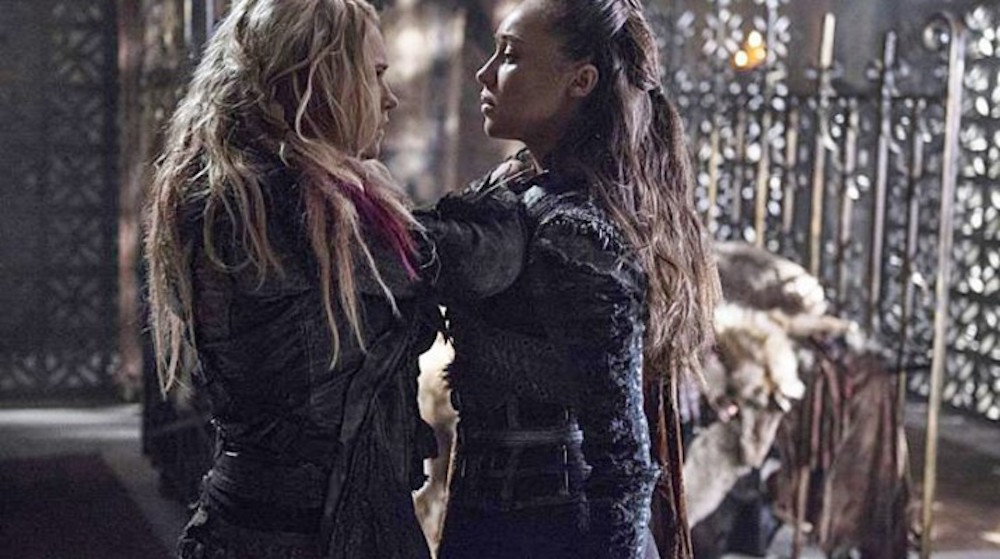 It’s the third episode of the season, and already the status quo has been upended in more ways than one. In an action-packed yet thoughtful episode, Clarke tries to kill Lexa, which somehow leads to the Sky People becoming Grounders, we finally meet the Ice Queen, and everyone sort of gets blown up, as tends to happen on this show.

And then they had to ruin it all by egregiously fridging a certain one-dimensional female character, but believe me, we’ll get to that. END_OF_DOCUMENT_TOKEN_TO_BE_REPLACED

Early successes, Creation’s pampered favorites,
mountain-ranges, peaks growing red in the dawn
of all Beginning,—pollen of the flowering godhead,
joints of pure light, corridors, stairways, thrones,
space formed from essence, shields made of ecstasy, storms
of emotion whirled into rapture, and suddenly, alone,
mirrors: which scoop up the beauty that has streamed from their face
and gather it back, into themselves, entire.

END_OF_DOCUMENT_TOKEN_TO_BE_REPLACED

Well. I HAVE THOUGHTS, you guys. This episode had the makings of something really great, but it fell flat in some extremely strange ways.

END_OF_DOCUMENT_TOKEN_TO_BE_REPLACED

Previously on The 100: Bellamy began narrating, and I guess we’re sticking with that. Jaha became an unhinged evangelical, Clarke broke Bellamy’s (and Bellarke shippers’) heart(s) by leaving Camp Jaha, Jasper did his best pre-massacre season two Finn impression, and the Ice Nation queen wants to steal Clarke’s powers by killing her. Also, Clarke hooked up with a pretty Grounder and was kidnapped by an equally pretty bounty hunter, but only so much can fit into one montage. END_OF_DOCUMENT_TOKEN_TO_BE_REPLACED