How did Buffy spring from the mind of a misogynist? That is the question Joss Whedon fans have been grappling with for the last month, and it’s a worthy one. The allegations against Joss are impossible to ignore, and disturbing enough that it’s difficult to view his work in the same way. So how do we continue to watch and love Buffy in light of the personal misogyny of its creator? How do we reinterpret this beloved feminist anthem as the brainchild of a toxic fake ally?

The short answer is: we don’t. Joss doesn’t own Buffy anymore, but even if he did, any problems with its feminism have already been discussed by its fandom (and/or Buffy Studies scholars) at length. Buffyheads have known for a long time that Buffy sprung from a very flawed creator–we just didn’t know how flawed.

For those who don’t know, Whedonites were shocked to read a deeply personal essay by Whedon’s ex-wife, Kai Cole, which alleges that he led a double life, proclaiming himself an ally to women in public while objectifying them in private. She claims that he used her as a prop through his many affairs, which started on the set of Buffy, and otherwise creepy behavior towards the women he worked with. She called him a “hypocrite” and a “fake feminist,” and quoted him saying several explicitly misogynistic things, including but not limited to this gem:

“When I was running ‘Buffy,’ I was surrounded by beautiful, needy, aggressive young women. It felt like I had a disease, like something from a Greek myth. Suddenly I am a powerful producer and the world is laid out at my feet and I can’t touch it.” But he did touch it.

Yep, this is bad. Too bad to ignore, or wave away for the sake of nostalgia. Adultery aside, Cole’s essay confirms that he slept with his coworkers. As the showrunner, he would have been senior to all of them, which almost certainly means he was exploiting his power for sex (especially if, as is heavily implied, any of them were actresses whom he was directing). And his actual statements–some of which are quoted verbatim from letters–are misogynistic to a cringeworthy degree. He not only demeaned his female colleagues, but in true fake-ally fashion, he used a perverted version of feminism to justify his own behavior: “In many ways I was the HEIGHT of normal, in this culture,” Cole quotes him as saying. “We’re taught to be providers and companions and at the same time, to conquer and acquire — specifically sexually — and I was pulling off both!” 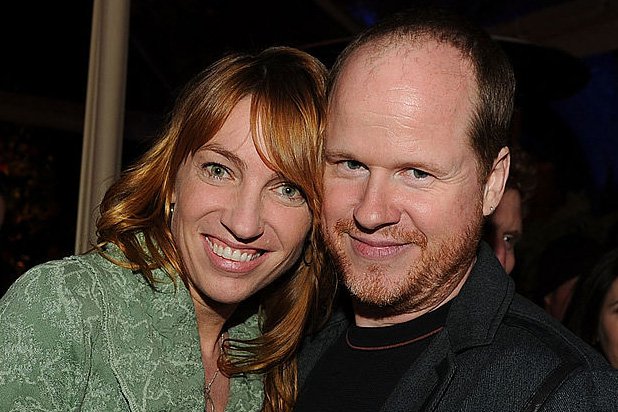 So how does this impact the way we view Whedon’s explicitly feminist works? First of all, as Delia Harrington eloquently explained on The Mary Sue, Joss is far from the sole owner of his shows. Television writing is collaborative by nature, and there were many talented, feminist writers involved behind the scenes of Buffy, including executive producer Marti Noxon, who went on to co-create UnREAL (and who, by some accounts, was pretty much running Buffy in the last two seasons), as well as staff writers Rebecca Rand Kirshner and Jane Espenson, who both served as writers and executive producers on Gilmore Girls.

But that being said, there’s no denying that Joss, as creator and showrunner, had a huge hand in the creative decisions (and that he was credited with writing most of the fan favorite episodes). When I reflected on my most recent Buffy re-watch after the essay came out, I expected to find serious flaws with its 90s-era feminism. But even now, knowing everything we know, I can only think of Buffy as a triumph. Buffy herself is one of the best female heroes ever to grace the small (or big) screen; strong, smart, funny, highly moral, extremely flawed, and eminently human. She displays stereotypically feminine traits, but those traits are completely incidental to her heroism, rather than obstruent or annoyingly central (*cough*Wonder Woman*cough* [Um, excuse me?! –Nerdy Spice].

And even more importantly, the entire show served as a metaphor for dismantling the patriarchy by refusing to play by men’s rules. At the beginning of the show, Buffy is a strong young woman, but ultimately she answers to men (Giles, the Council, the men who created the power of the Slayer by violating a woman of color). By the end of the series, she has fired the Council, established that she is on equal ground with Giles, and uses female power (literally) to change the entire mythology of the Slayer and empower all of the women around her, including less privileged women of color, rather than just herself. While the show often struggled with race (I’ll get to that a little bit later), the meticulous thematic work built up through seven seasons showed a very sophisticated understanding of intersectional feminist theory.

Many Buffy fans have cited Joss’ “weird sex stuff” as an element of the series worth re-examining. But even now, I would argue that Spike and Buffy’s destructive sexual relationship was one of the best (and most feminist) parts of the series. First, it is inherently feminist to depict Buffy as a three-dimensional character with believable flaws. If she weren’t a fallible human being who is capable of making mistakes while in the throes of a deep depression, she would just be another superficial Mary Sue-ish “strong female character”–high in girl power but low in actual feminism. Second, the attempted rape is one of the most grounded, horrifying scenes on the entire show, and Buffy’s trauma afterwards is definitely treated with the respect it deserves. Yes, it’s problematic when Spike gets to redeem himself (I’m no Spuffy shipper, trust me), but let’s face it: with the current sex-positive trends in feminism, the chemistry-fueled toxic relationship between Spike and Buffy ages a lot better than the naive and sex-negative Bangel romance, which basically consisted of statutory rape and the age-old trope of punishing young women for losing their precious virginities (I am a Bangel shipper, for the record, but just sayin’).

And here’s the thing: any point of discomfort that we would now “reevaluate” after these allegations has been pointed out by many people, time and time again. All feminist Buffy fans know that it’s a little fucking retro that sex quite literally “turns men evil” in the Buffyverse (although one could argue that the Bangel arc was simply demonstrating the unfair hardship young women tend to go through when they have sex, which is still very much a real thing). It was always pretty inappropriate that Spike was given a redemption arc after trying to rape Buffy and traumatizing all of her young fans, although unlike some, I wouldn’t de-canonize that devastating bathroom scene for anything. And the entire premise of Buffy suffers from “not like other girls” syndrome, even if the ending blows up that trope a little bit.

Even before these allegations, the idea of Joss-as-perfect-feminist had long been debunked. His problems with race, in particular, have been well-documented; Buffy had no POC in the regular cast, and its black supporting characters were often embarrassingly stereotypical (see: Rona, Trick, Kendra’s ridiculous Jamaican accent). Firefly constructed a world in which China and America were the two primary powers, and yet there were no Asian characters to speak of (just two white characters with the last name “Tam,” because that’s appropriate). And let’s not even talk about Angel‘s resident enforcer Charles Gunn, who was plucked out of a ghetto by a generous white man and then tokenized for the entire series’ run. (There was one flashback to his origin story in which he did a “tough guy” walk in a hoodie with “Gangster’s Paradise” playing in the background. Seriously.)

And even on the feminism front, where Joss was supposed to reign supreme, he made a few obvious gaffes throughout his career. I was surprised when I saw Black Widow’s ridiculously sexist plotline in The Avengers–for about a minute. And then I remembered that Angel killed off both of its main female characters within half a season, that Dollhouse male-gazed the hell out of Eliza Dushku (even while trying to critique the male gaze [Ah, I like to call that Ex Machina syndrome –Nerdy Spice]), and that Firefly starred an asshole Han Solo wannabe who continually disrespected his supposed love interest for being a sex worker. But again, all of these problems were apparent long before Cole’s letter came out. They don’t need to be reevaluated, mostly because many people have already evaluated them. These issues would have been equally apparent, and equally problematic, if these allegations had never seen the light of day.

Before this letter came out, I honestly just chalked it up to your run-of-the-mill white guy feminist syndrome, which can be seen very clearly in other shows that are (rightly) considered to be groundbreaking. Battlestar Galactica boasts some of the best and most inspiring female characters of all time, but also included an embarrassingly old-fashioned femme fatale who was constantly objectified and literally only existed in relation to a man. The 100 is the only teen series I’ve ever seen in which young women drive virtually all of the action, but it is also famous for a Kill Your Gays gaffe (one that, incidentally, emulated a similarly problematic scene on Buffy). Even Gilmore Girls, which was created by a husband-and-wife team (and let’s be real, ASP is definitely running shit behind the scenes) was not always as feminist as it should have been. Fair or not, progress is always made in fits and starts, and even the most woke, trailblazing work of art will always, to some extent, be filtered through the biases of its creator.

Buffy‘s overall success as a feminist work is only reinforced by the fandom’s reaction to the allegations. While many fandoms would either defend their idol to the death (like many of Joss’ Avengers-era fans), or write off the show as tainted goods, Buffyheads have demonstrated a remarkably nuanced approach. Since the fandom is so feminist and full of sensitive thinkers, they have been able to embrace the notion that an artist/work of art can be simultaneously problematic and important for certain groups of people. Their commitment to “believing women” inspired the prominent fan site Whedonesque to quickly and quietly shut down, for example–not with recriminations or bitterness, but a sweet ode to a series that will stand the tests of both time and scandal.

These allegations are less a revelation, and more a reminder, that Joss Whedon is not the great white male savior, nor does he need to be. Because the fact of the matter is, Buffy has become bigger than its creator, if only because it changed so many lives. It was a source of inspiration for a generation of young women to make their own rules, to come out as LGBTQ, to embrace their flaws while also trying to do the right thing. Cole’s essay should absolutely change the way we view Whedon himself (or, rather, the cult of personality surrounding him, since no one really knew him in the first place). It will definitely prevent me from citing Whedon as an adequate male ally, or rushing to see Batgirl when it comes out. But he doesn’t get to own Buffy any more than the Council, Spike, or any other man who tried and failed to define her power.