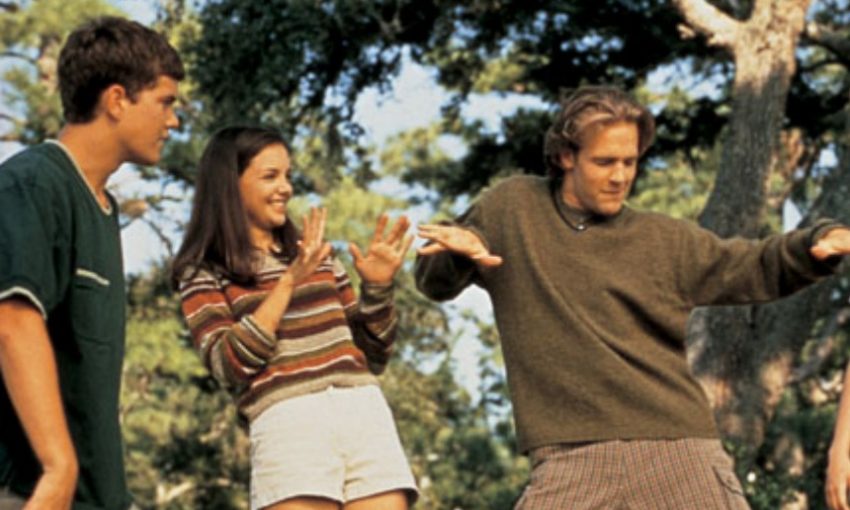 We’re a season and a half into our Dawson’s Creek Rewatch Project, and our drinking game rules have been serving us very well. (Our entries have ranged from zero to a whopping 29!) However, they were mostly written with the first season in mind, so here are a few updates for upcoming episodes:

2 shots for every time Joey expresses abject terror at the thought of having sex (been there, sister)

Now the question is… what was the 29-shot episode? Which episode quite literally murdered us? If we’re doing it right, it won’t be the worst episode, just the Dawson’s Creek-iest episode, the episode with all of the classic elements that make the show both great and terrible.

And the winner is… (drumroll please)

This is totally appropriate. “Beauty Contest” has all of the best and worst that Dawson’s has to offer: Dawson and Joey overanalyzing and mythologizing their “complicated” relationship, Joey talking incessantly about “evolving,” Pacey complaining about being a “black sheep,” and wonderfully on-the-nose metaphorical schoolwork. Plus: bonus points for Joey’s singing, which is truly terrible, and yet always happens during the best episodes of the series.

Close second: “The Scare” at 20 shots, for another classic element of Dawson’s: masturbatory Kevin Williamson references.