The drug stuff gets more fun! But there’s also marital rape, so… sort of a wash.

Summary: The minion from the season finale is dead. Jesse and Walt are terrified that Tuco is going to off them for witnessing the murder, so they plan to poison him with an obscure, hard-to-detect poison that once coated the tip of a killer umbrella. They find out that Tuco killed his trusted flunky who was present for the murder, so they make a run forit. Actually, it turns out the flunky died in a freak accident, but Tuco tries to kill them anyway. We leave off with Tuco holding Jesse and Walt at gunpoint, telling them to drive.

Meanwhile, there are vague and vaguely apocalyptic flash-forwards to debris in Walter’s pool. The less said about this, the better.

The scene where Tuco makes Walt and Jesse try to rescuscitate his poor minion. Even with the silly Foaming at the Mouth of Death, it’s pretty harrowing.

Gonzo’s reaction to leaving the minion’s body out in the desert for the flies and buzzards to eat: “It’s not very Christian!”

Jesse planning to kill Tuco when he doesn’t know how to load a gun. Bless his little heart.

Hank and Gomez laughing at the security cam footage of Walt and Jesse’s heist, during which they struggle to carry out a huge barrel of chemicals. “It’s a barrel. It rolls!”

Walt using chemistry to make a super-poison. It was only a matter of time!

Skyler’s reaction to Hank calling her and Marie “gals.”

Anna Gunn’s acting during Skyler’s “I’ve got problems” monologue. I understand why people might not like Skyler, but how can they not feel for her? She’s extremely pregnant, with a disabled child and a terminally ill husband who’s emotionally abandoning her while putting all of their lives in danger. Girl’s got some problems! 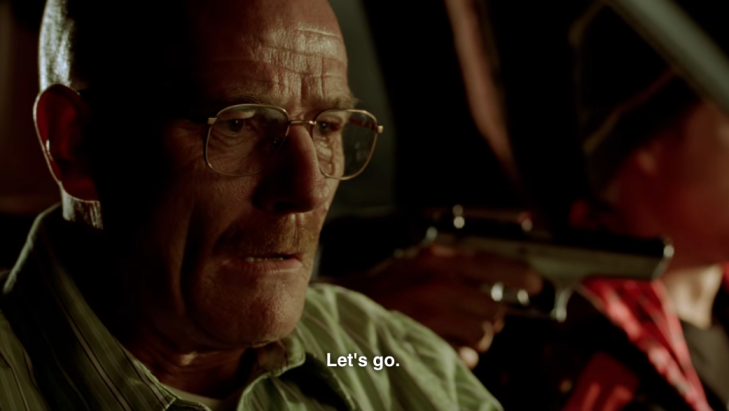 Um… Walt straight-up RAPES SKYLER?? Not that it’s treated as such, of course–Skyler and the writers both subscribe to the “you can’t rape your wife” school of thought and sort of dismiss the incident as like, hey-that-was-uncool. But it definitely happened. Walt starts trying to have sex with her, she gently says she has a face mask on and Walter Jr. will be home any minute, he keeps going, and she’s screaming at him to stop by the time he starts having sex with her. It’s horrifying, and I’m sure it will never be mentioned again.

A defender of the show would argue that the scene was supposed to be horrifying. Shortly after, Walter Jr. sees that there’s a green-goop imprint of a face on the refrigerator, which is an intentional and disturbing detail. But even if the writers understand that this rises to the level of rape (which I doubt), they don’t care about portraying Skyler’s trauma. Right after the rape, the camera follows Walt out of the house, and stays focused on him and his guilt, even as Skyler confronts him (very gently) about what he’s done. It’s not enough to understand that violence against women is horrific if the primary project of the show is to humanize the perpetrator at the expense of the victim.

Marie being a brat about going to therapy, even though she would totally be in jail if she were anything but a prissy white woman. Seriously, can they just kill her off already?? 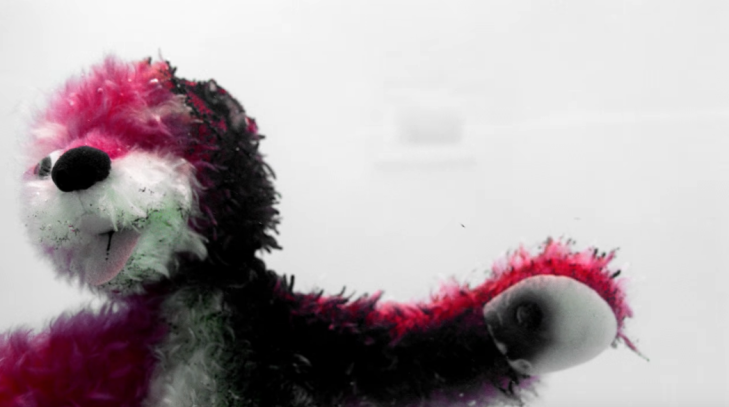 Hank sending Walt a picture of the dead flunky. It was a pretty good “oh shit!” moment, but was way, way too convenient. Hank isn’t the most professional DEA agent in town, but a cell phone picture of a crime scene? Nope, don’t buy it.

The domestic stuff in general. It has its moments, but overall, there are no stakes. I feel bad for Skyler, but I don’t like super care about her, because we have no idea who she is outside of being Walter’s wife. (Remember when she wrote short stories? Yeah, me neither.) We DEFINITELY have no reason to care about Marie or her stupid kleptomania, and Hank only feels relevant when he’s closing in on Walt as a DEA agent. In general, everything outside of the Walt/Jesse plotlines falls flat and feels extraneous. Everything comes alive–even the soundtrack–when we get back to the drugs and the poisons.

Summary: A manhunt is underway for Tuco, who is wanted for both his minion’s untimely death and Krazy-8’s. A different kind of manhunt is underway for Walt, who is presumed to be a suicide risk. Tuco takes Walt and Jesse to his terrifying uncle’s house while the DEA arrests his entire crew. Tuco doesn’t know Gonzo is dead, and assumes he’s the informant. He wants to bring Walt and Jesse alive to Mexico, but they know he’ll kill them at some point. They try to poison him, but they’re stupid enough to do it right in front of Tuco’s uncle, who can’t speak due to a disability but literally sounds the alarm on them. Tuco is about to kill Jesse, but they get the jump on him and shoot him.

Then, they violate the first rule of surviving one of these shows and they DON’T DOUBLE TAP, so Tuco literally rises from the grave. Hank, who comes looking for Walt, gets into a shoot-out with him and has the good sense to check that he’s actually dead. Bye, Tuco!

The cinematography is particularly good this episode–there are some gorgeous shots.

Walt and Jesse’s faces when they realize Tuco thinks Gonzo is still alive. 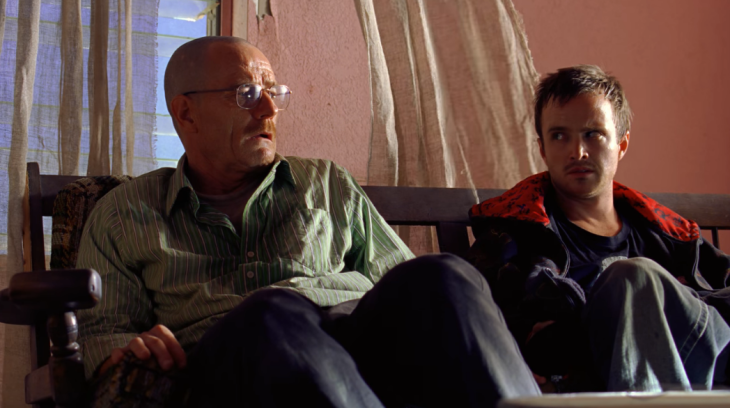 The entire sequence where Tuco’s uncle tries to tell Tuco that they’re up to no good. The tension is almost unbearable–that bell sound has never been so terrifying.

Is Gomez really not going to do anything but walk next to mediocre-white-man Hank and let him call him “Gomey”??

Tuco as a Big Bad. The situation is sufficiently terrifying, and Raymond Cruz’s acting is good, but he’s such a yelly cartoon, it’s hard to take him super seriously. (And it’s hard to imagine that people in the drug trade would take him seriously, either.) His love for his uncle is clearly a last-second ploy to make him feel like a human being, but it doesn’t work (especially since his uncle ends up coming off as more of a rounded character after a few scenes than Tuco does). It’s bad enough to write all your scary drug dealers as Latinos, and all your neighborhood, underdog drug dealers as white, but it’s even worse when the writing is this lazy.

Yet another sinister in media res cold open filled with vague hints of impending doom. This one actually isn’t badly done–I especially like the caterpillar crawling over a baby toy–but it’s enough already!

Next week: lots of family crap.