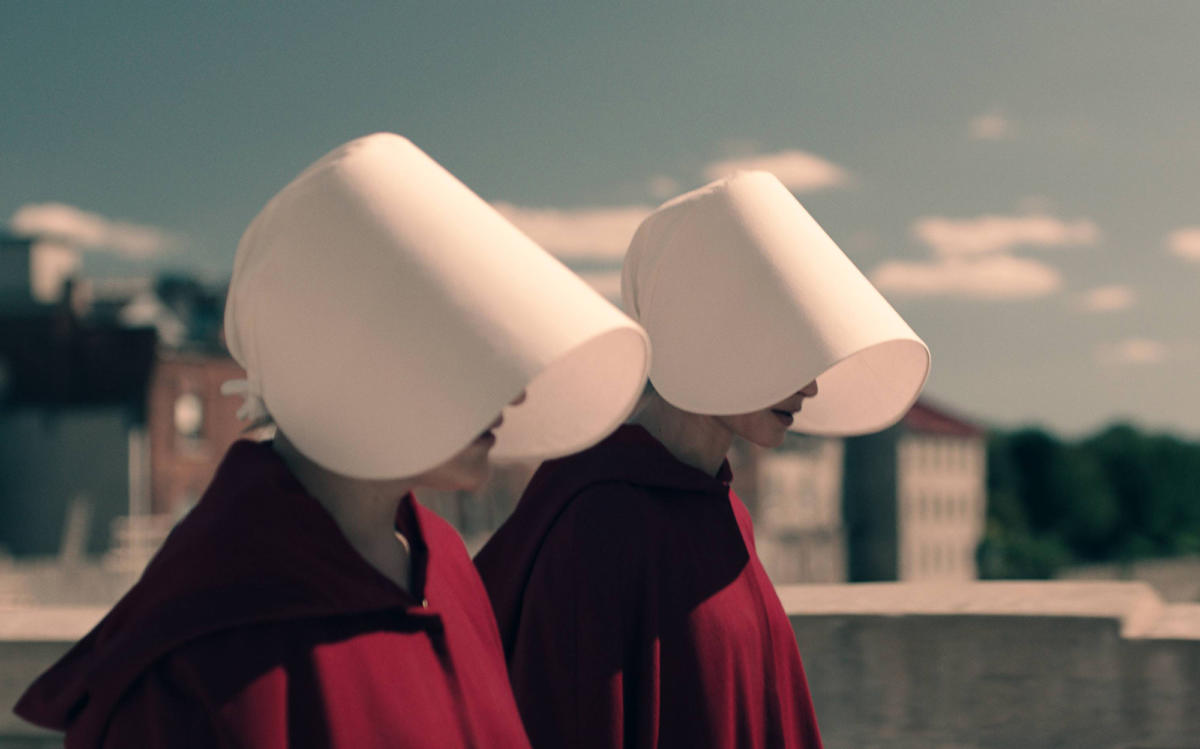 The show so far is wonderfully acted, both from expected quarters (Elisabeth Moss) and… less-expected (Yvonne Strakovsky, Alexis Bledel). The direction is excellent, and the action is genuinely moving and traumatic. The third episode’s scene of a riot, filmed in slow motion, set to a vaporously slow cover of “Heart of Glass,” was truly haunting.

For all that, though, the show has lost the heart of what made the novel so brutal and revelatory.

We have to concede that translating the novel-as-it-is to the screen poses extraordinary challenges, since so much of the drama takes place in Offred’s internal monologue, and all of it is narrated from an external perspective, heavily reordered by flashbacks and stream-of-consciousness asides.

The show reasonably presents past episodes as simple flashbacks, without insisting that they be narrated or driven by Offred’s train of thought. In later episodes, we take longer and longer departures from Offred’s first-person perspective, including full episodes describing male characters’ backstories. More significantly, though, her voice in the show is dramatically different from her voice in the novel. 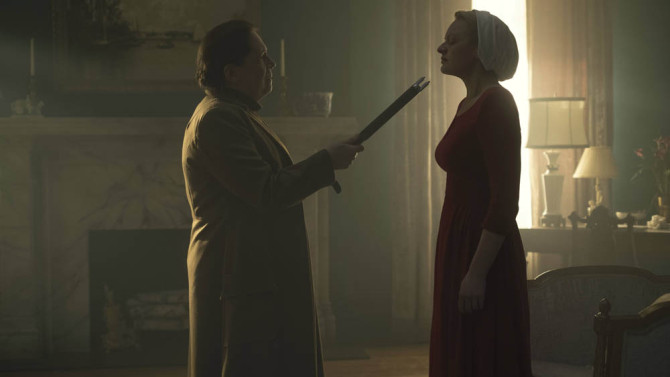 In the novel, we begin with a vignette in the Red Center, where the pre-totalitarian past is suggested only by the echoes of former school-children and athletics, and then are dropped directly into Offred’s monthly routine—walking to town with Ofglen, obsequiousness before the Commander’s Wife, and the casual violence of the Ceremony—which is presented with a dullness that slowly builds a horror in the edges of our awareness.

The awful insight of the novel is its reification, in Offred, of a defeated member of a dehumanized underclass. The Betas and Gammas in Brave New World are too dull to be of interest—they are pitiable, and their existence is awful in an abstract way, but there is no exploration of the interiority of their experiences. 1984 gets closer to Atwood’s insight through the broken psychology of doublethink, the continuous, willing struggle to unknow what one knew, but Winston’s ultimate defeat is only third-person tragic: he loves Big Brother, at the end of the novel, and while we can pity his loss of identity, and be chilled by the thoroughness of his collapse, we also can’t deny that he is actually happy to have stopped fighting.

In Offred we have no such consolation. She is completely broken, too terrified of the Eyes to dare to express herself outside of the Biblical codes that comprise Gilead’s validated speech-forms, and denied even eye contact to try to make herself known to anyone around her. At the same time, though, she is still a person, a modern woman with whom we empathize instantly: terrified, suffering, desperate to learn about Luke or her daughter, and tortured by memories of a free past life. This personhood is so suppressed by the time she starts relating the story that we only slowly discover it, and only retrospectively realize that the most horrible thing about her life is that she has accepted it. It is later, in the novel, that Offred looks back to relate Aunt Lydia’s promise, made at the Red Center: “Ordinary,” said Aunt Lydia, “is what you are used to. This may not seem ordinary to you now, but after a time it will. It will become ordinary.”

The signal change in the TV show is the relocation of this quote, from the middle of the action (end of Chapter Six, specifically) to early in the very first episode. Where in the novel it was a confirmation of an awful reality, which we had already sensed, but not made so concrete, in the show it becomes a threat—an antagonist against which Offred will array herself, and against which she can have meaningful victories simply by remaining herself. When, in the last scene of the first episode, Offred names her daughter, her husband, and herself, she triumphs over this insinuating threat—and this is a triumph that Offred never has in the novel. She never dares to speak her own name, and only in the closing moment, the moment of greatest risk and greatest ambiguity, is it even spoken to her.

The show is telling a very different story from the novel, in short, and it is a story that we have heard before. Winston, The Savage, Innokentii Volodin, Katniss, Ivan Denisovich—all of our other dystopian heroes cling to their own identity as to a well-spring of actual reality, and thereby reject the dehumanizing influence of the totalitarian state. When TV-Offred fantasizes in the first episode about grabbing a machine gun at the grocery store, we recognize exactly that same resistance-fighter psychology: it is inspiring, and riveting, and of-the-moment, but it is not new.

The show’s story isn’t a bad one, per se, but it does feel like a waste of the source material. Particularly in 2017, as people around the world, from Turkey and Russia to the United States, are struggling to resist redefinition of “the ordinary” in increasingly authoritarian societies, reducing Offred to a cookie-cutter rebel against the State feels like a disservice to Atwood’s novel, and to the viewers of the show.