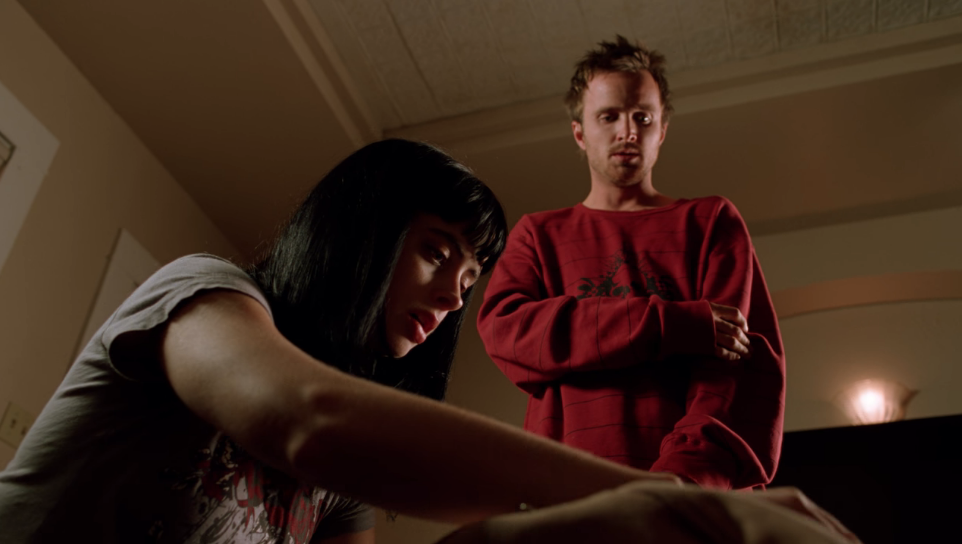 Walt Breaks Bad–again. But really. For reals this time.

Summary: Walt’s cancer is now operable. Skyler discovers that Ted, in addition to being a sexual harasser, is also embezzling from his company. But you know, he’d still probably make a better partner than Walt, so, um, you do you, Skyler.

One of Jesse’s goons gets murdered by rival drug dealers when they expand into new territory, and his other goons get spooked and quit. They now have the same problem they’ve had since the beginning of the series: distribution. Saul points out the obvious: that they suck at this, and should leave it to the pros. He hooks them up with our next Big Bad, a super-kingpin who’s so intimidating, no one speaks his name, like Voldemort. Turns out, Big Bad is actually a mild-mannered (and sufficiently creepy) owner of a fast food joint named Gus. Gus doesn’t like working with drug addicts like Jesse, but Walt convinces him that Walt is the point man. At one point, Walt has to rush over to Jesse’s place to get all of the blue meth, but Jesse’s busy getting high with a now-relapsed Jane and is no help. It all ends with a silly cliffhanger where Skyler goes into labor just as Walt is about to do the drug deal, even though the drug deal has a one-hour time limit and labor generally lasts about fourteen times that.

The white-knuckle cold open, in which a child kills Jesse’s goon from his bicycle. 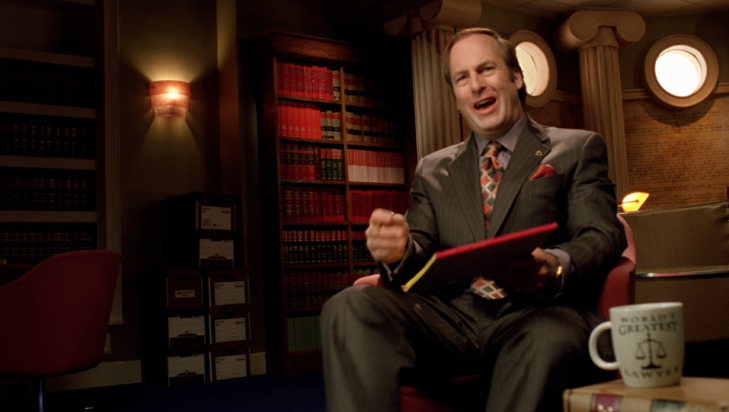 Skyler’s painfully awkward rendition of “Happy Birthday Mr. President.” To her boss. While basically giving him a lap dance. In front of their entire office. Definitely written by a man.

Skinny Pete’s dialogue, especially re: Combo’s funeral: “It was like, emotional, man.” Seriously, no one is this stupid.

The pseudo-artsy shot of Jesse literally floating after taking heroin for the first time. 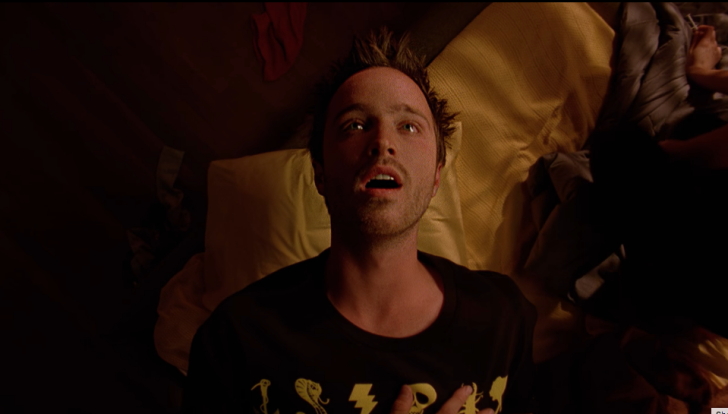 Walt’s first meeting with Gus. Gus is creepy and great, but it all feels a little convenient. How did Walt know it was him? What if he was wrong??

Also, Gus is supposed to be so careful, which is why he denies his identity at first. Fair enough. But then he starts talking openly about the drug business anyway, so his way of being careful is… delaying the incriminating talk for five minutes?

Summary: Skyler has the quickest birth in the history of births, and Walt misses it while delivering the drugs. Jesse wakes up from his heroin trip to find the drugs gone, and thinks he’s been robbed. And as it turns out, he has, because Walt totally lets him think that so he can take all the money for himself. No honor among thieves, I guess. Jesse quickly figures it out, but Walt tells him he won’t hand over his half because he “doesn’t want to contribute to Jesse’s overdose.” Yeah, I’m so sure that’s the reason. Jesse tells Jane about the money, and she blackmails Walt to get it back (if you can call it blackmail, when it’s money he owed Jesse in the first place). Walt gives them the money, then has a cheesy “come to Jesus” moment at a bar and goes back to try to scare Jesse straight. He finds Jesse and Jane sleeping on their sides after doing a bunch of heroin, and accidentally puts Jane on her back while trying to wake Jesse up. Jane vomits in her sleep and starts to aspirate, and Walt decides not to help and watches her die.

A nice little bit of foreshadowing, when Marie tells Walt to put the baby on her side while she sleeps. It’s a little on-the-nose (and maybe inaccurate? Aren’t babies supposed to sleep on their backs these days?), but effective.

I actually really don’t understand how this labor timeline worked out. We know that Walt only had an hour to drop off the drugs, and yet by the time he gets back to the hospital, she’s not only given birth, but Walt Jr. has had a chance to change the first diaper? This makes no sense, or at the very least, is SUPER convenient.

Hank getting upset about breastfeeding. Yes, yes, I realize that’s realistic for his character, but the writers aren’t feminist enough to check his retrograde views.

The Lost moment at the bar. Walt not only goes to a bar to drink alone to avoid going home to his wife and newborn–another White Male Antihero cliche–but also just so happens to run into Jane’s father?? No, just no. Lost barely got away with that kind of shit, and that was sci-fi.

Has there ever been a white male antihero who didn’t miss his child’s birth, as a sign that he’s Really Crossed the Line This Time?

Jane’s fridging. Her death is sad and disturbing, but it’s a Pyrrhic victory, one that reduces a potentially great character to a device. Pretty appropriate for this show that they sacrifice the only complex female character for the sake of a man’s development, to show–for real now–that Walt has Really Crossed the Line This Time.

Jane’s scenes with her dad. Again, super sad, and also super transparent. The whole developing-a-character-for-the-first-time-just-to-make-her-inevitable-death-a-little-sadder is a classic move (Walking Dead does it every week), but cheap. It’s something that I would expect from a show like The Walking Dead, a well-received bit of pulp, rather than a prestige drama. Combine that with the plot contrivances that are clearly designed to make Jane’s death sadder–her dad was supposed to take her to rehab the very next day–and it all leaves a bad, manipulative taste in your mouth.

Next week: the plane crash heard ’round the world.