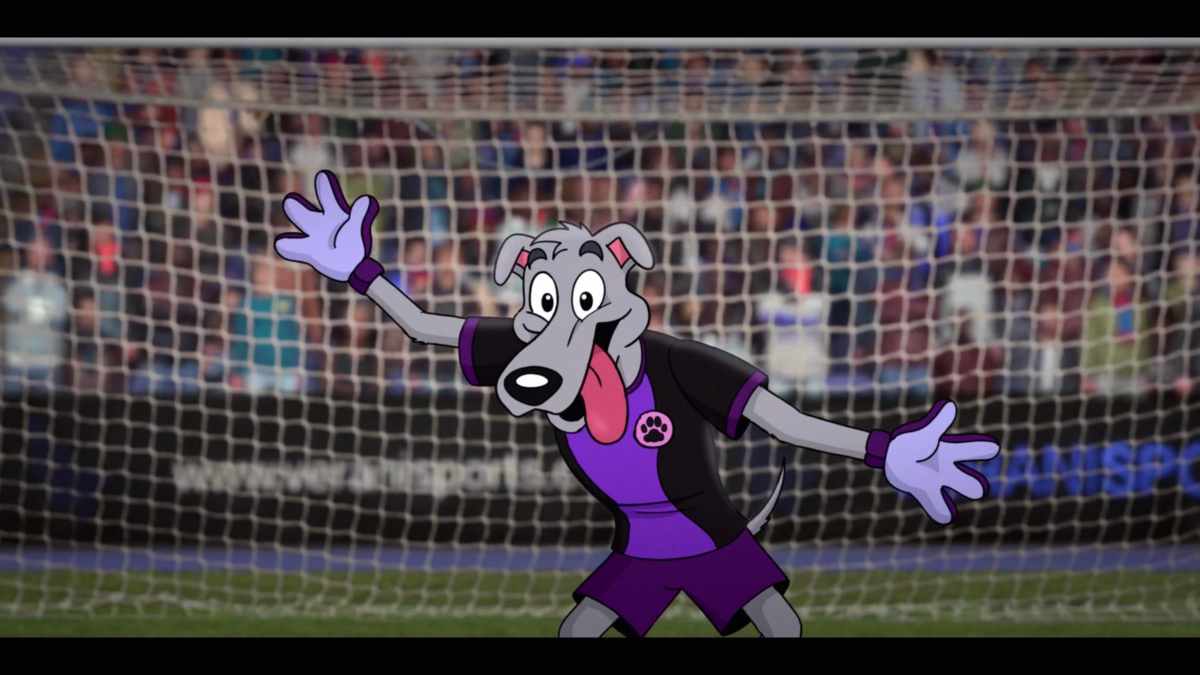 So Ted Lasso has achieved what only Friday Night Lights has ever achieved, and that is make me interested in a show about sports other than ballet, cheerleading, ice skating or gymnastics. Basically, in my opinion, sports that involve people throwing or kicking balls at each other are extremely boring and so a show has to be GREAT to get past that. In fact, it has to, as Roy Kent puts it, “make me feel like I’ve been struck by fucking lightning.”

Which Ted Lasso did! And since Apple is oh-so-cruelly releasing only one episode a week of season 2, I’ve decided to do some good old-fashioned real-time recapping/reviewing. Am I two weeks behind already? Yes, oh well. Will I catch up? Yes. Probably.

The “Earl” of the title is a dog. Specifically, a dog who gets away from its owner and is beaned in the head by Dani Rojas’ penalty kick, and dies. It’s almost too quirky. But it gives us something that we didn’t know we needed: an emotionally rich A-plot revolving around Dani Rojas, the perpetually smiling player who always says “football is life.” Let’s just say that Dani is devastated to realize that sometimes football is, well, death. The team finds him freaking out, fully clothed, and crossing himself, in the showers. It’s a perfect combination of cute and dark that this show has earned by being, generally, cute and light. Dani is so traumatized that he has horrible nightmares about killing cartoon dogs with his penalty kicks (even while he’s sleeping off the aftereffects of what was apparently a threesome) and becomes convinced that “Football is death!” Poor Dani.

In the end, it gets so bad that he gets the yips and can’t make penalty kicks at all. Ted tries to give him a pep talk, only to get a soccer ball to the ass in practice. Ouch. Then a true miracle happens: Higgins fixes it. Namely, he fixes it by suggesting they bring in a sports psychologist, who actually fixes it. Ted, despite his “modest Midwestern skepticism” and what will turn out to be a major complex about psychologists, is forced to admit this is a good idea and agrees, and Sarah Niles shows up as Dr. Fieldstone, an intensely quiet, self-contained, non-quirky presence. Her non-quirkiness is clearly the thing that get Ted most antsy, and when Ted is antsy, he just gets nicer. Aggressively nice. When Dani Rojas emerges onto the field excited to play and totally back to his normal self after one session, you can tell Ted is not happy about this seemingly great development.

Now as you’ll recall, AFC Richmond, Ted’s soccer team, has been relegated, and AFC Richmond is on a streak of “ties” when the season starts. They no longer have Roy, who’s retired. Roy is busy being a cranky, yet beloved coach to a bunch of adorable eight-year-old girls, including of course his niece Phoebe. His other social activity is to meet up with a women’s yoga group and getting buzzed on rose. Now, you may think his life sounds amazing, and so do I, but Keeley keeps pressing him to go on TV to be a commentator after the success of his retirement press conference. However, Roy is perfectly happy hanging out with his yoga moms–at least until their favorite trashy reality dating show turns out to have his younger archrival Jamie Tartt as one of the contestants.

Speaking of dating, Rebecca has a new boyfriend and she’s so teen-girl about it that she not only giggles and coos over his texts with Keeley, but even uses Ted for some girl talk in a pinch. (Although Ted is bad at it: she says her boyfriend’s name is John and he squawks, “Stamos?” for no reason, and I almost get annoyed at the show for the aggressive writing there, but then Rebecca gets annoyed at Ted so it was more or less OK). Rebecca and John go out on a double date with Roy and Keeley, and John turns out to be a well-meaning bore who loves to brag about the famous actors he’s hung out with. Roy gets totally drunk and, while Keeley faint-praises John, rants: “He’s fine. That’s it. Nothing wrong with that, most people are fine. It’s not about him, it’s about why the fuck you think he deserves you. You deserve someone who makes you feel like you’ve been struck by fucking lightning. Don’t you dare settle for fine.” It’s an AMAZING speech. Keeley is a supportive friend, but sometimes it’s not good to be too supportive! It’s better to get drunk and tell your friend they deserve better than the dullard they’ve selected off some dating site because he’s, like, employed and within ten years of their age! Finally Rebecca is obliged to admit to John, after spacing out during yet another of his celebrity-whore stories on their next date, that she’s not feeling it.